"Bought a mechanical keyboard with more resistance so my code will be strongly typed." - @jasonkarns

After being encumbered by multiple membership cards in my wallet, our team created an iOS application that gives users the freedom of their cards. 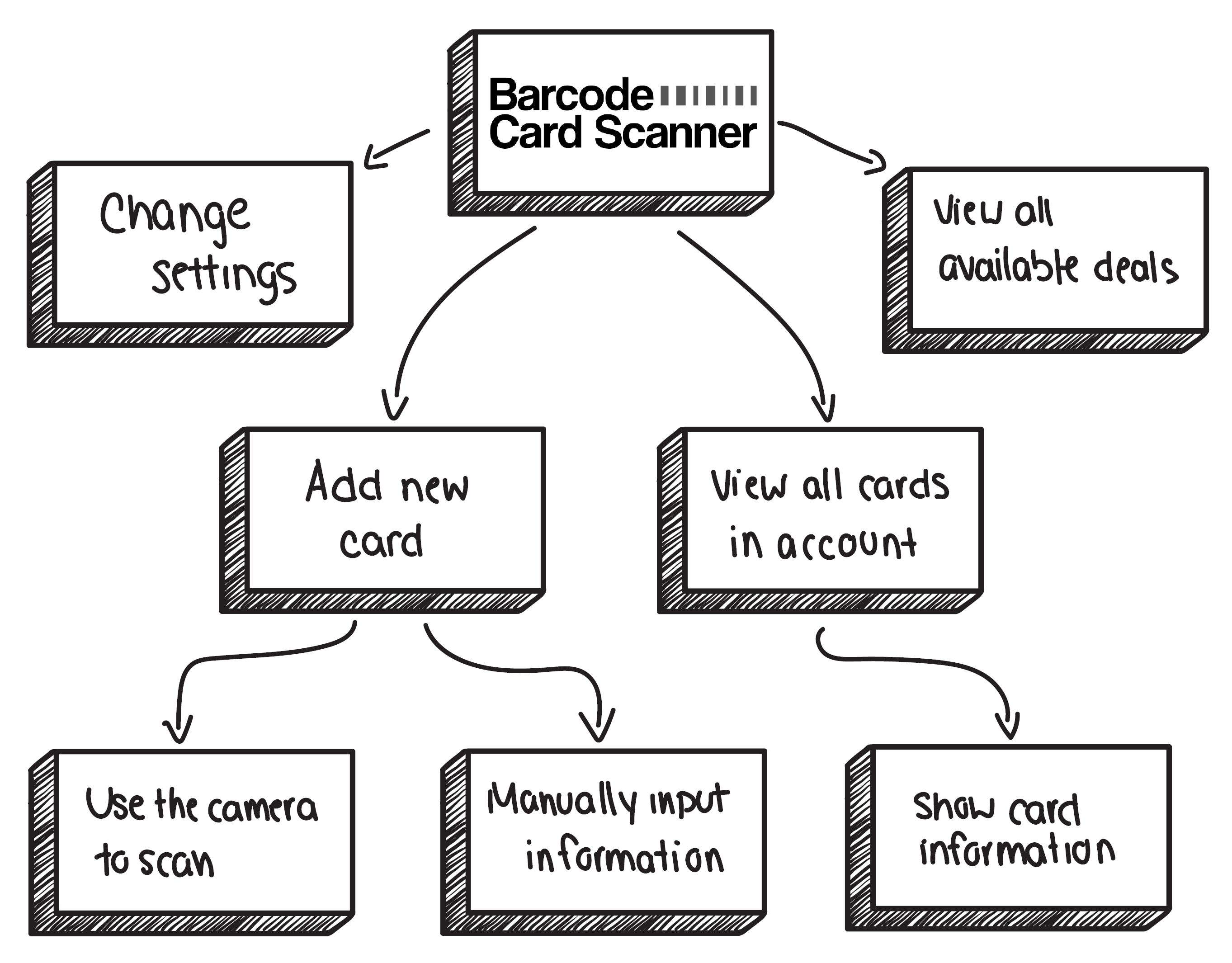 Barcode Card Scanner was created using Swift as a final project for my Advanced Mobile iOS Development course. Our team originally created this after realizing how cumbersome it was to constantly carry multiple cards in our wallets. As a result, we developed an iOS application that would conveniently store all of their information in the palm of your hands

We also wanted the application to hold pre-defined rewards cards, such as from Best Buy or Canadian Tire. If the user chose these options, instead of a custom card, then our application would provide the user with deals for the appropriate card that was chosen. 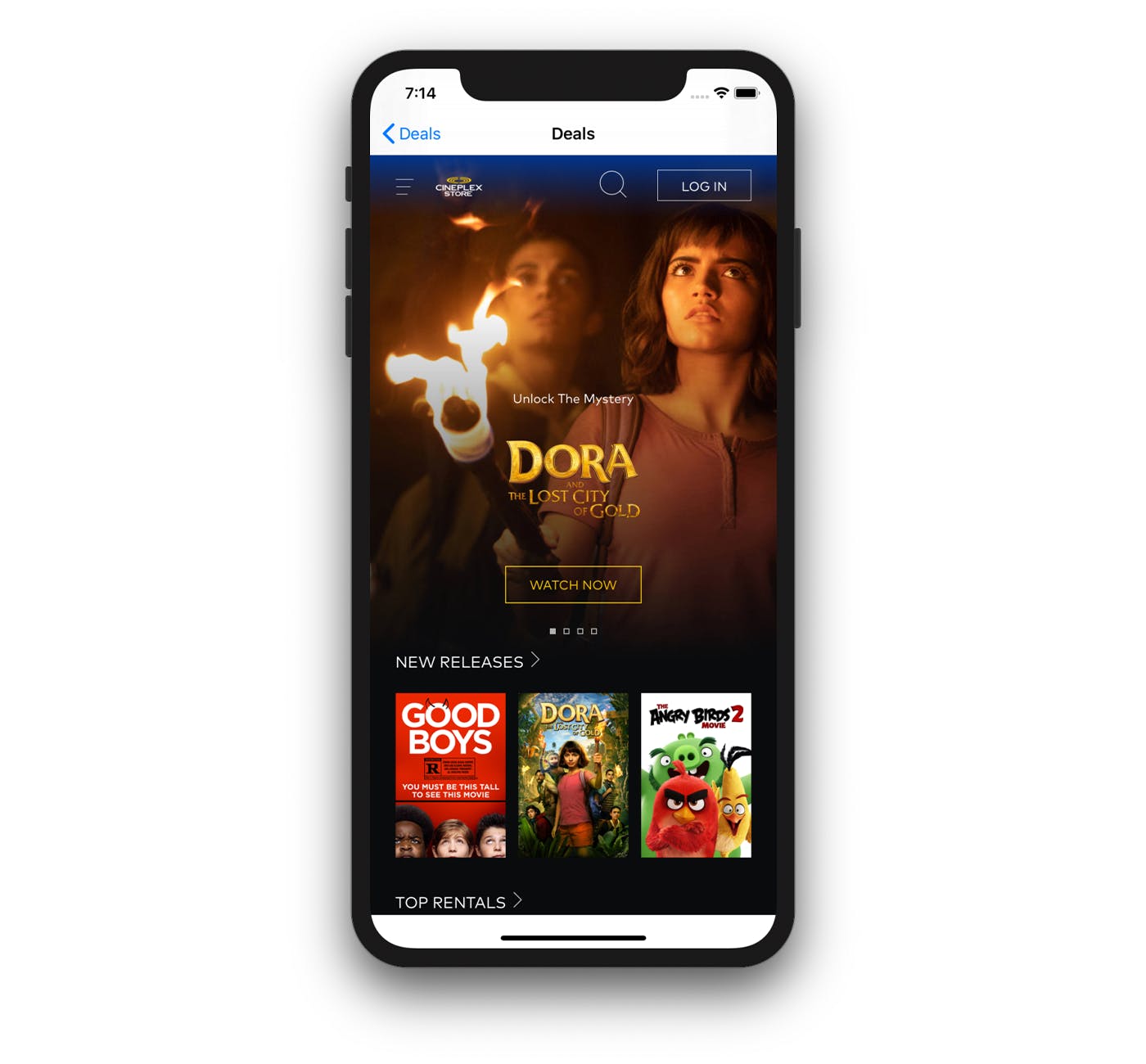 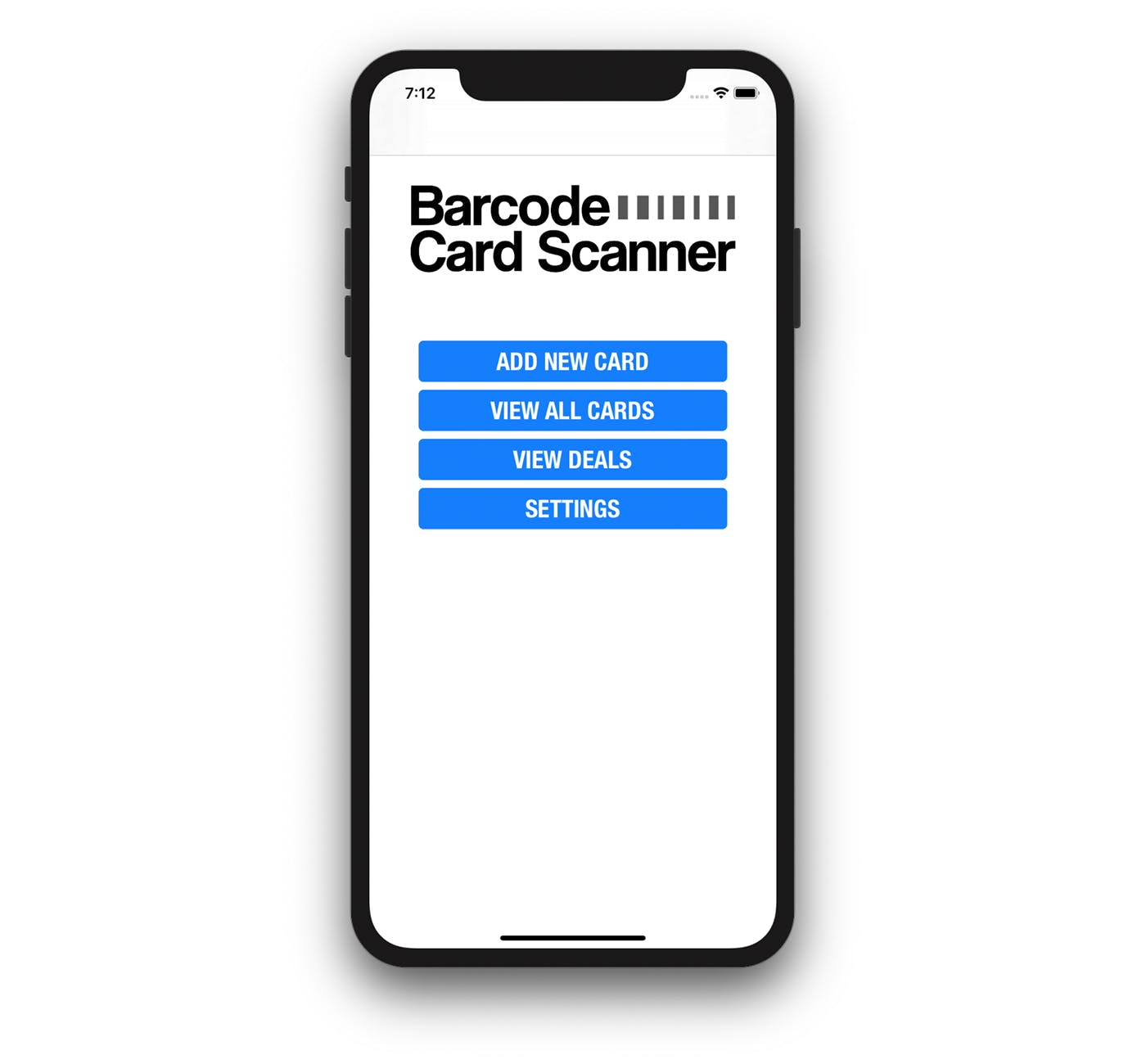 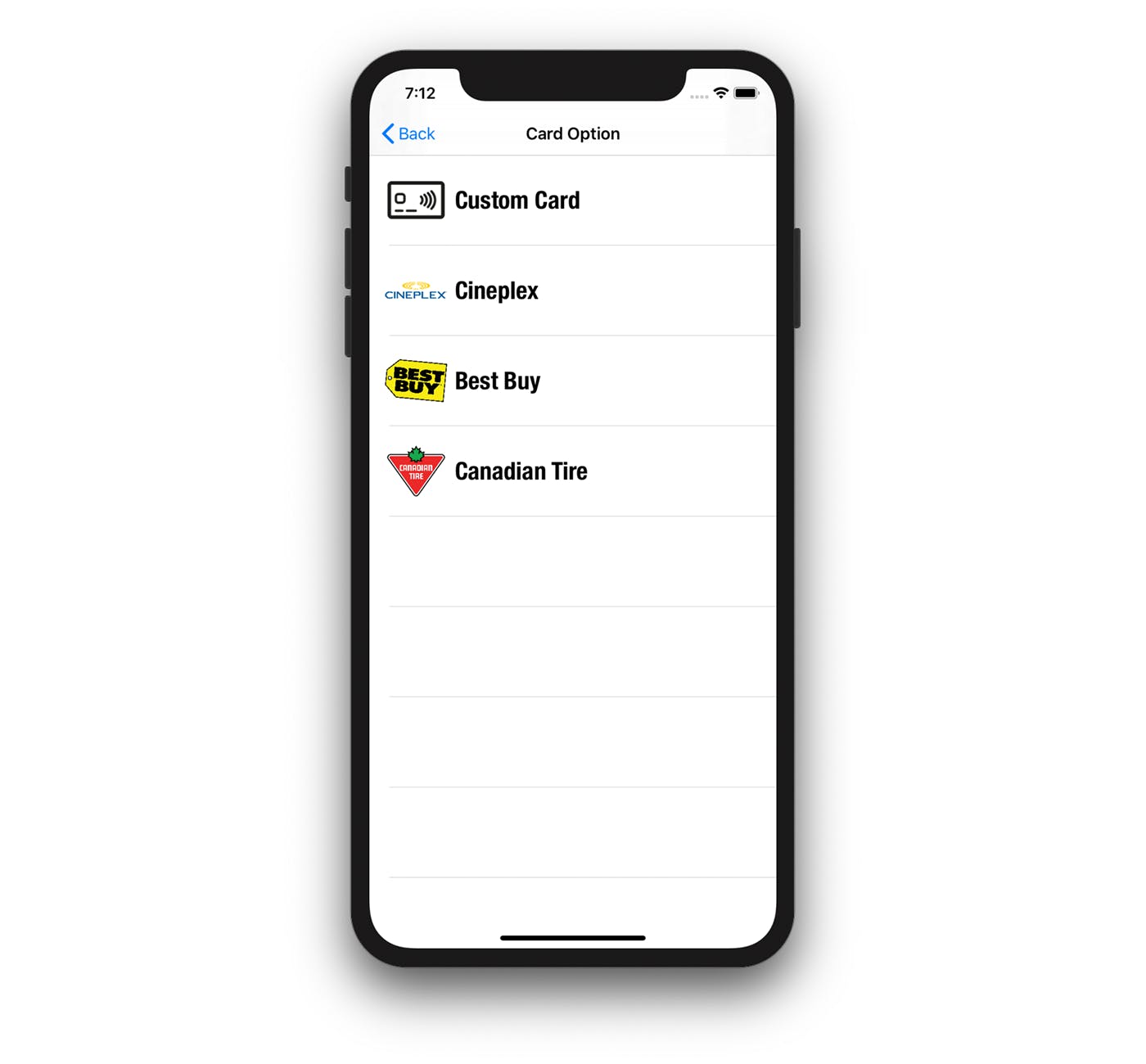 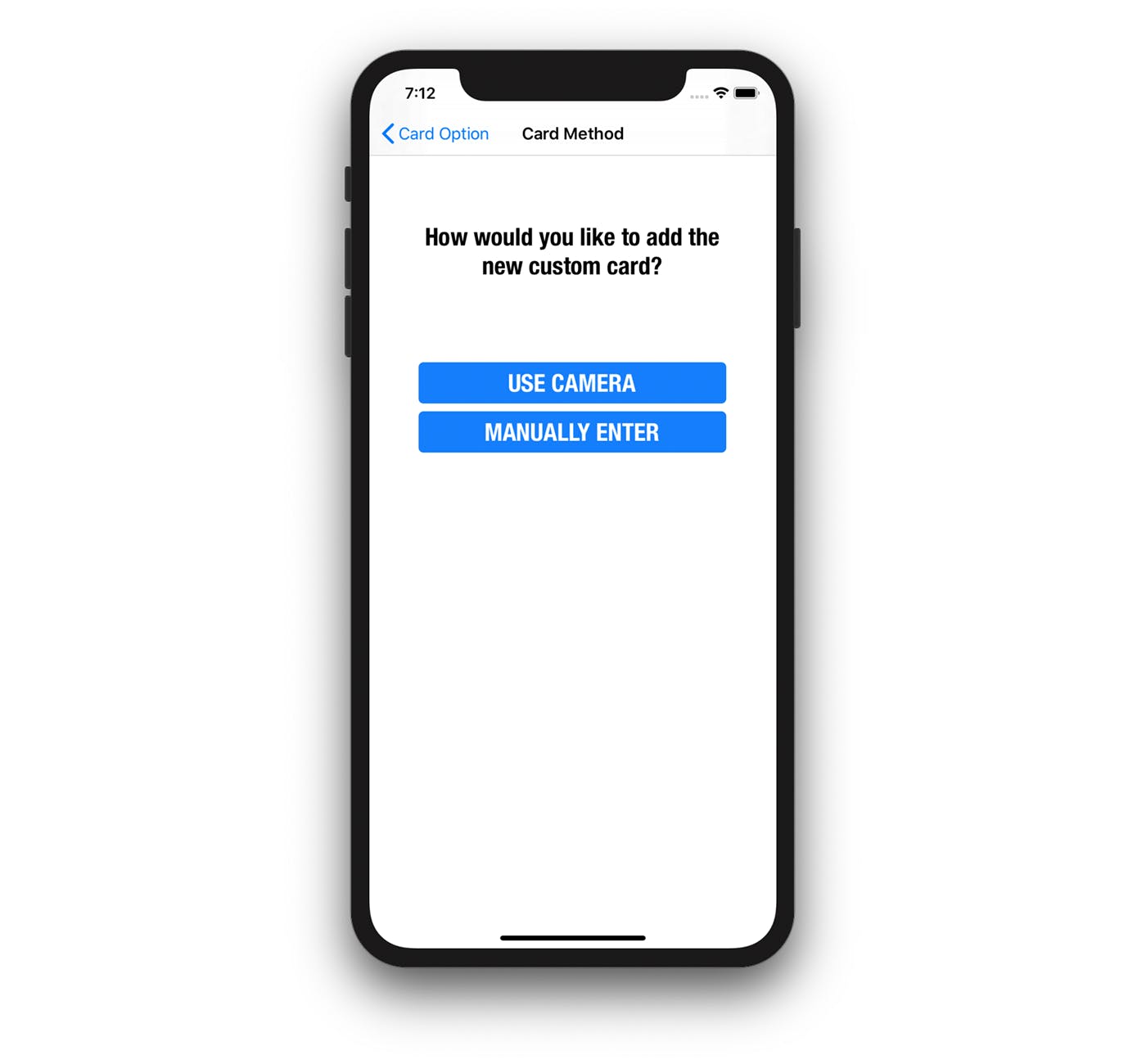 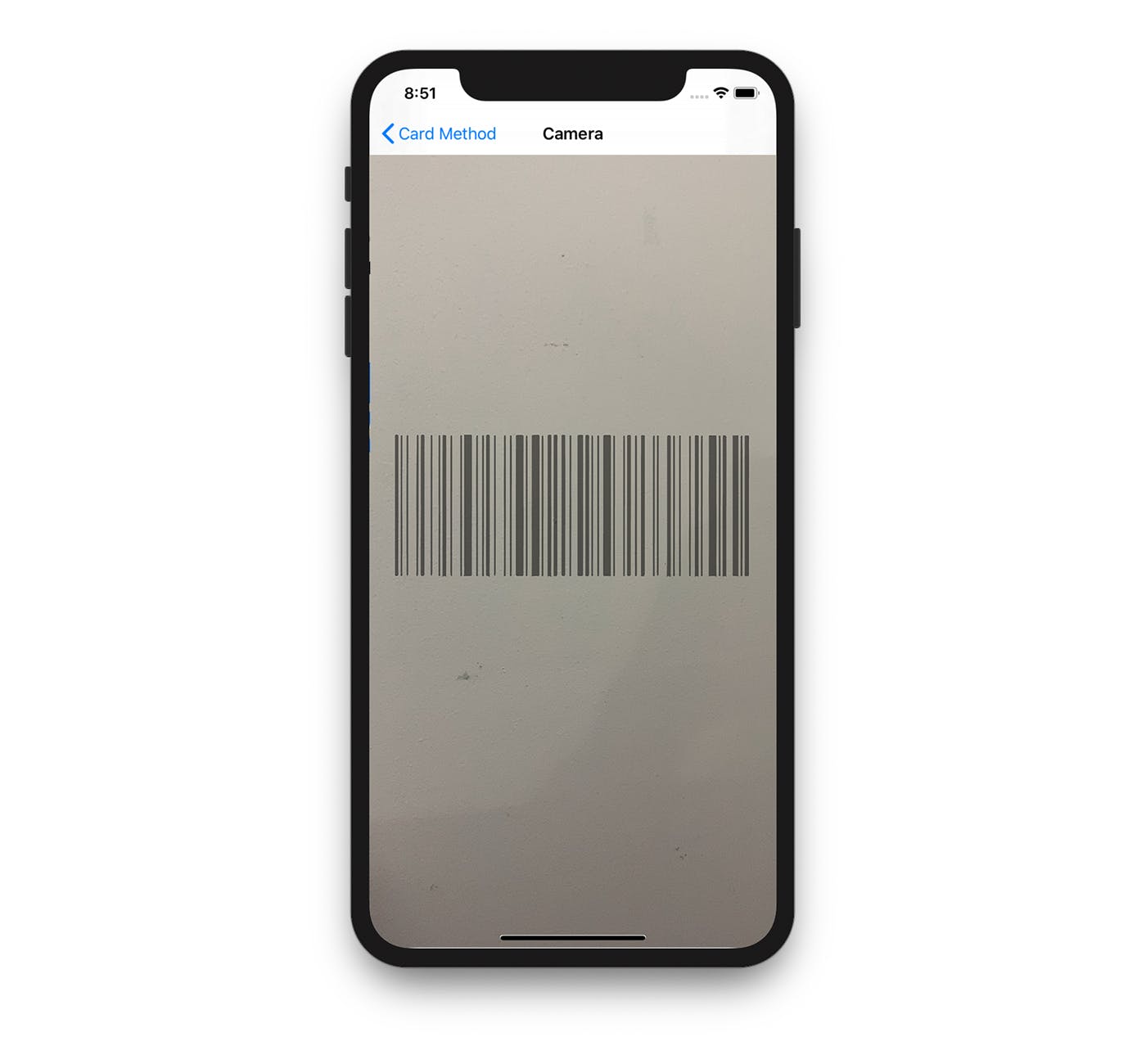 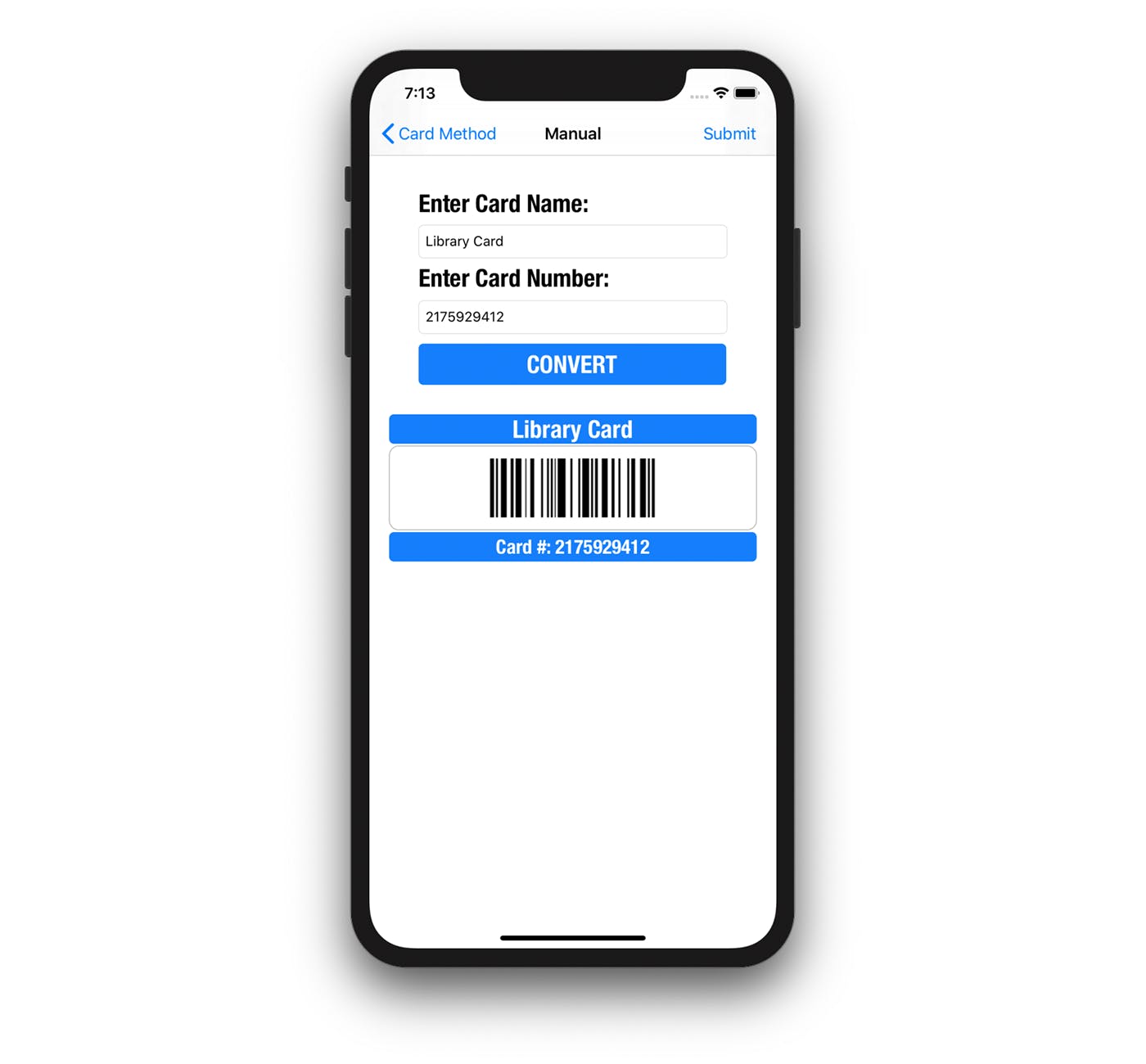 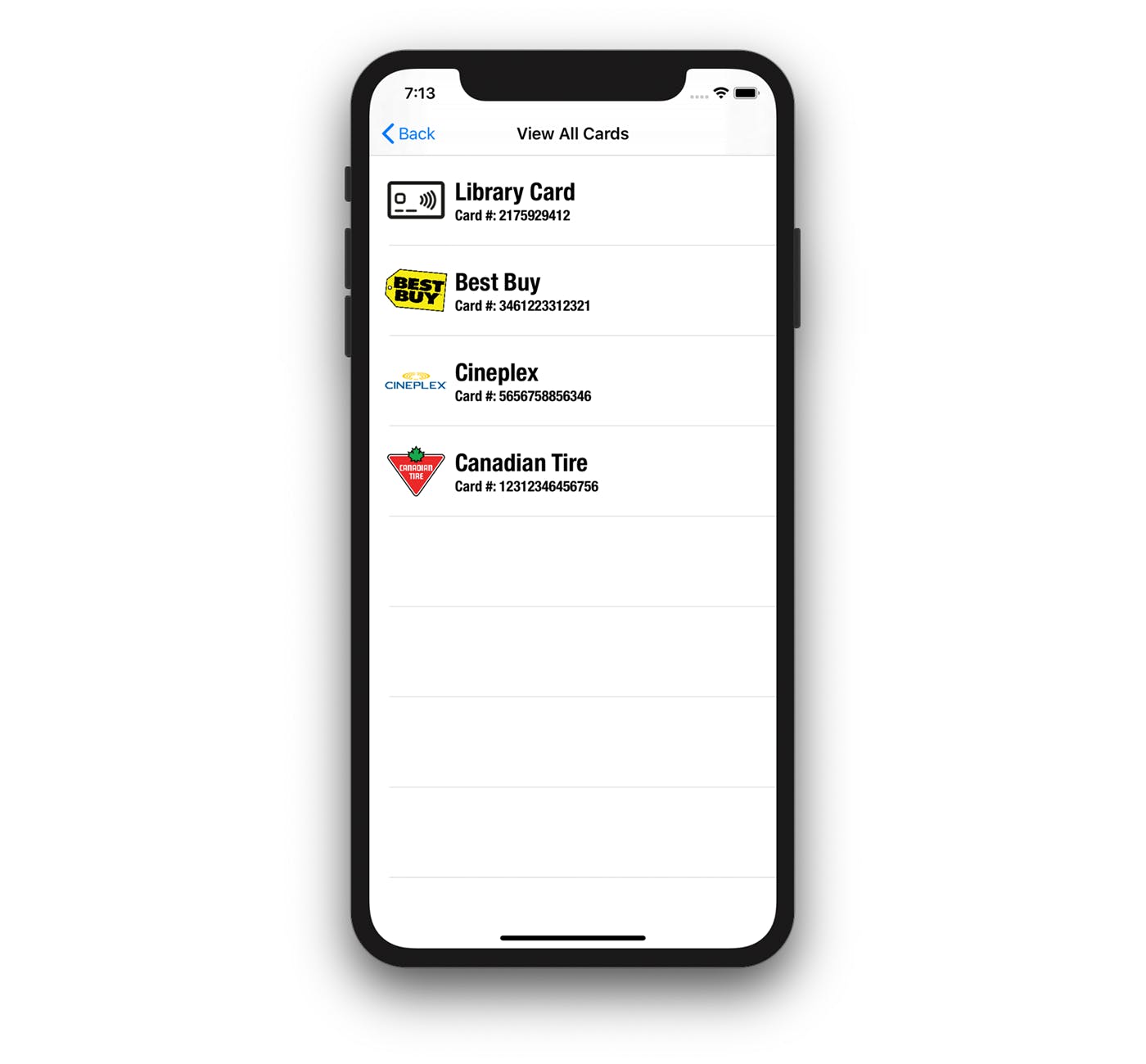 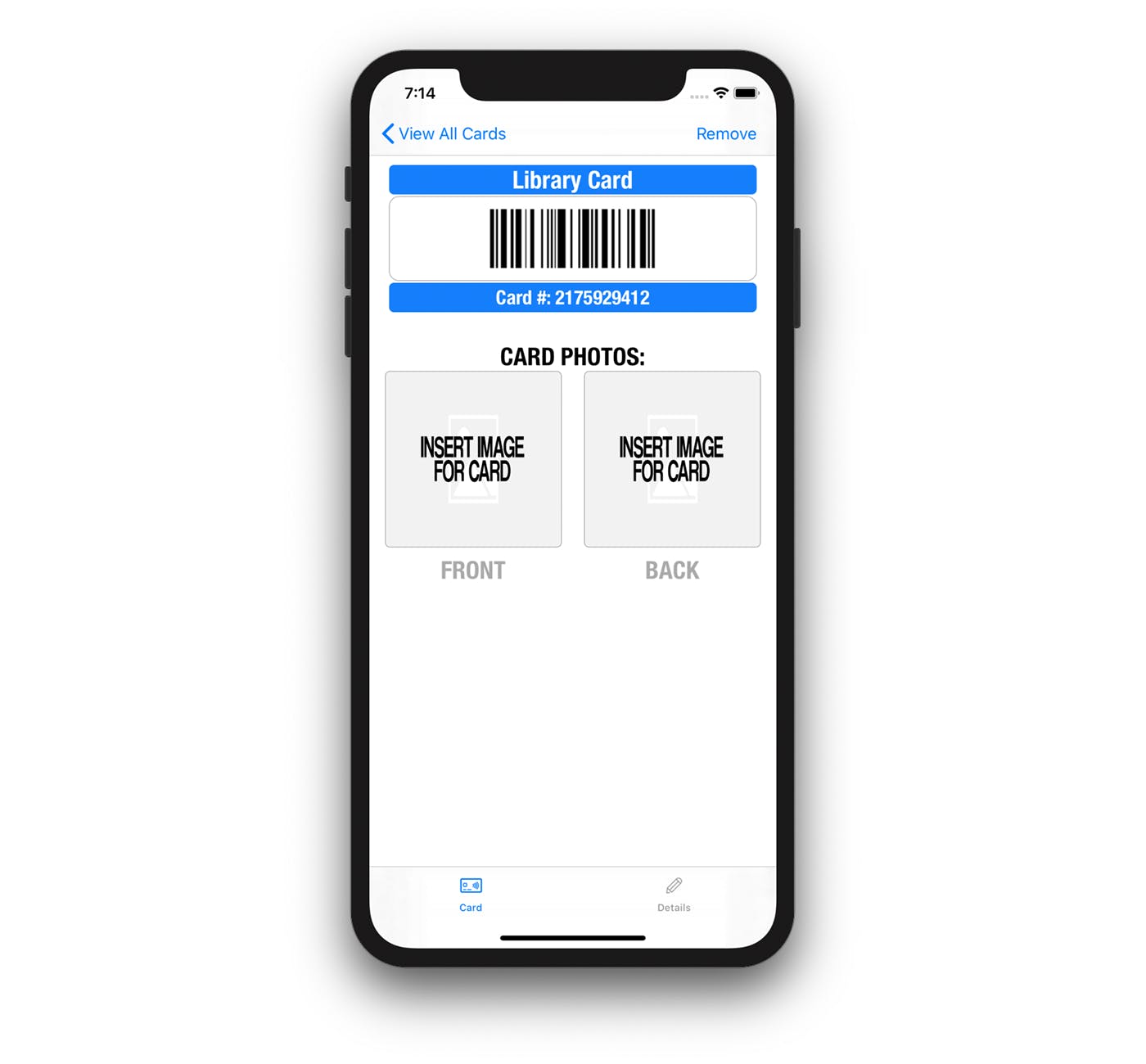 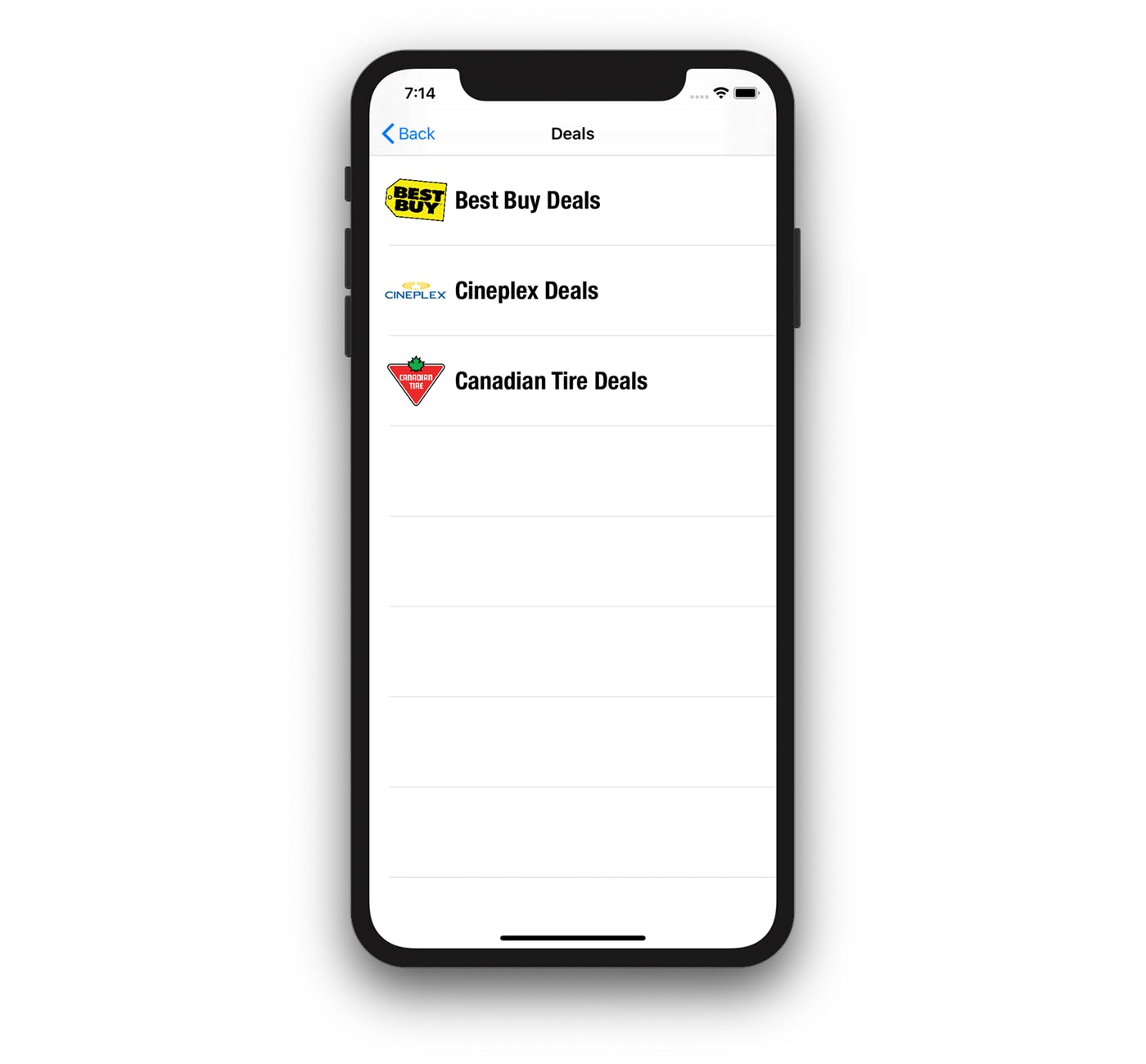