"Bought a mechanical keyboard with more resistance so my code will be strongly typed." - @jasonkarns

Turn your Discord messages into an "uwu" styled text! 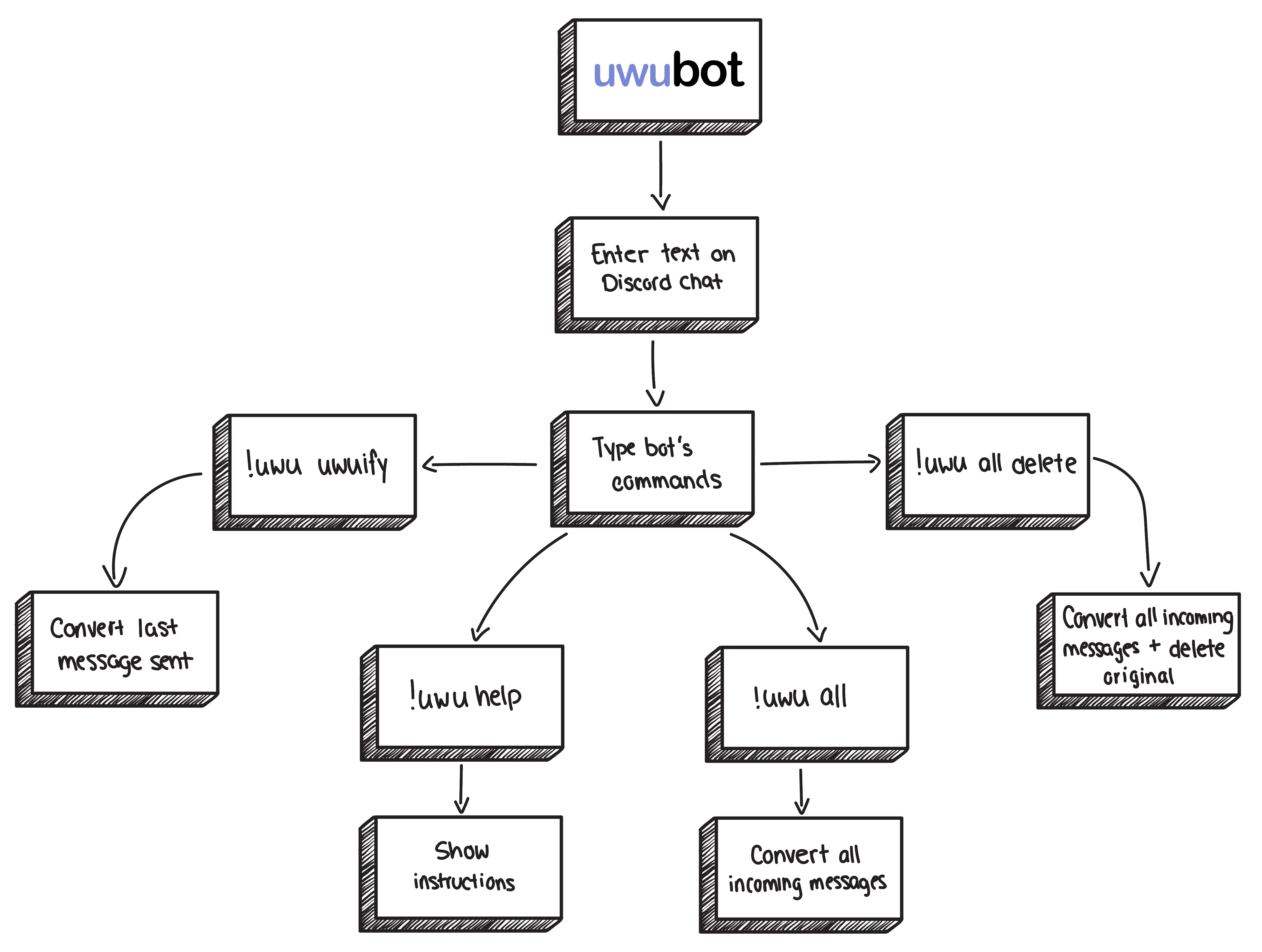 uwubot is a fun Discord bot with the intent of making cute comments and spreading culture. The bot translates any previous comment into the "uwu" language. "uwu" is a popular text-based emoticon that is often accompanied with happy/smug messages, often used as a joke. The original uwubot was created by kawaiiCirno (https://github.com/kawaiiCirno).

Using Python and discord.py, a Discord API wrapper, I created a Discord bot that would read messages and convert them using special commands. The uwubot.py file contains 4 commands that the user can execute on Discord.